Paul Walmsley - President and Board Chairman

In 1983, Rev. M. Kenneth Taylor founded Christ for the Island World, Inc. as a 501(c)(3) nonprofit organization. Four years later, Ken asked Paul to “keep the books” for the ministry. Paul agreed and has served the ministry as a volunteer ever since as Treasurer, President, and/or Board Chairman.

Paul is a Certified Public Accountant (North Carolina). He and his wife Judy have been married since 1969. Judy’s support, especially in prayer, has enabled Paul to be effective in his involvement with CFTIW and the other ministries. 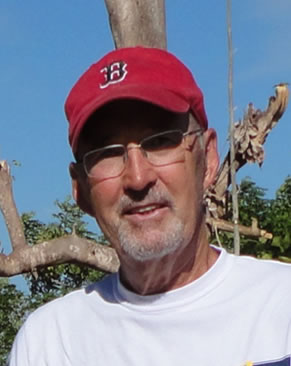 Mike and his wife Judy began supporting CFTIW financially in 2001 and in 2005 were named to the Board of Directors. That same year, Mike accompanied then-Executive Director Clay Trainum to Indonesia, where he met many of our supported workers for the first time, including David Aryana, our current Indonesian Field Director. Since then, he has been back to Indonesia five more times, visited more than 50 remote villages on 7 islands in the NTT District, and met most of our supported workers.  In 2008, Mike was named Treasurer and, in 2010, Executive Director.

Both Mike and Judy are retired from careers in the textile industry. They are active in their church and are long-time volunteers with Hospice, Freedom House, and other Christian ministries. 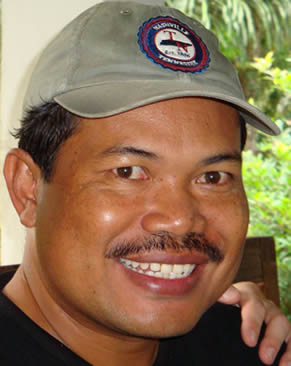 David’s father, who was one of the very early Christian evangelists on the island of Bali, was killed during the uprisings in 1965 only a few days before David was born. At the age of nine, the Lord prompted him to learn more about his father and his work, so he rummaged through his father’s bags, read his evangelistic materials and accepted Christ as his Savior. He then promptly took his father’s gospel tracts to the all Hindu school he attended and shared his faith in Christ. This troubled his mother greatly as she had already lost her husband because of his faith and was afraid she would lose her son as well. After graduating from Bible College in Java, David pastored for sixteen years, seeing significant growth and maturity in two churches. He also served as Regional Director for his denomination for eight years, supervising almost eighty existing churches and church plants.

David joined CFTIW as full time Indonesian Field Director in 2007. Prior to that, he served the ministry in a part time capacity as liaison to the outpost workers, translator, evangelist, preacher, and teacher. As Field Director, he is pastor to our supported workers throughout the mission field, with responsibility for all in-country activities, including selection of workers, distribution of funds, strategic planning, and project management (such as Living Water). His leadership is characterized by his personal commitment to achieve unity in the church body throughout Indonesia.

David’s wife Masta works as a Government Health Administrator in children’s health and nutrition. This secular position gives her credibility on the predominantly Hindu island of Bali. Masta often has a leadership role in events for women, including Wise Women’s Camps (similar to Promise Keepers for men in the US). She often travels with David to minister to children both with the Gospel and with vital nutrition and public health training. David and Masta have three sons, Nathan, Aaron and David Ray.